Stuck in a rut? Hit a plateau? It's time to stop phoning in your workout and put some BRAINPOWER into action.

One of the most common issues I see with people in the gym, ESPECIALLY those who are having trouble getting results, is a lack of mental focus on the exercises they're performing.

Sure, they're going through the motions and in a lot of cases even lifting a substantial amount of weight...but what they don't realize is that by really engaging their BRAIN in the act of lifting they could be getting MUCH better results with the same amount of effort. 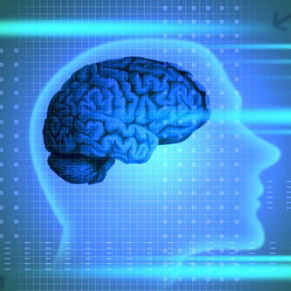 So to help with that, I've put together a list of my favorite "mental notes" for some of the most common exercises in the gym...using this can make an immediate difference in your exercise performance and even add some substantial weight to your lifts.

1. Bench Press - Push Your Body Through the Floor

Instead of focusing on pushing the BAR away from you, try imagining as though the bar is stationary and you're pushing your BODY down through the floor. This mentally changes the bench press exercise from an open-chain movement (where the resistance is moving and your body stays stationary) to a closed-chain movement (where the hand or foot is fixed and cannot move and your body is all or part of the resistance, like a push-up).

Closed-chain movements are more effective for muscle fiber activation and by at least MENTALLY changing the movement to a closed-chain exercise, you can potentially achieve some of the benefits of it.

When doing a straight bar Deadlift, as you're pulling the bar up your shins, mentally picture yourself falling/shifting your weight backwards as you're pulling up. This helps improve the leverage of the lift, using your bodyweight to help get the bar up.

When you just pull straight up, you don't get this advantage. And wear long socks or pants if you don't want deadlifting "battle scars" up and down your shins because that bar should stay as close to your legs as possible.

To lock your torso and core into the squat, grip the bar HARD and pull down on it as you perform the Squat. Imagine like you're trying to bend that bar in half over your back. This locks the back muscles into a more solid position and helps stabilize the torso during the squat. This is especially critical as you start moving heavier weights in order to protect your spine.

4. Seated Cable Rows - Push Your Sternum into the Handle

To really maximize the contraction in the lats and other upper back muscles when doing a Seated Cable Row, when you come to the top of the movement, instead of focusing on pulling your shoulders back and in (which is still effective, don't get me wrong), actively try to push your sternum (breastbone) into the cable handle. I find this gives an even stronger contraction than trying to pull the elbows in as it gives you a goal in FRONT of you to focus on achieving. The back contraction then happens automatically.

At the top of a Standing Barbell Curl, hold that position for a few seconds and try this...push your elbows together as though trying to touch them together. Because your hands are locked onto the bar, I find this increases the contraction by attempting to increase the degree of supination of the forearm. Even though it may not actually increase the supination, the act of TRYING is what will force the greater contraction.

It works because the OTHER major function of the bicep muscle is supination (elbow flexion is the first), which is basically rotation your hand from a palms-down position to a palms-up position. This elbow trick at the top works that supination function.

6. Seated Dumbbell Shoulder Press - Bring Your Chest Up to Meet the Dumbbells

When doing the Seated Dumbbell Shoulder Press exercise, as you lower the dumbbells into the bottom position, I want you take a deep breath in and try to mentally focus on bringing the chest UP to meet the dumbbells while keeping your shoulder girdle DOWN. It's important when doing this that you bring the dumbbells ALL the way down as far as you can...until they almost touch your shoulders.

This trick will force you to reduce the weight you're using but it's going to work the actual shoulder muscles twice as hard and take the emphasis off the triceps, which tend to take over in the shortened range of motion that most people gravitate to with this exercise (because they can use more weight).

It works by increasing the amount of stretch that gets put on the deltoids at the bottom - shoulder girdle down and chest up is what does it. It'll be humbling at first but work with it and your shoulder development will SKYROCKET.

This exercise is notoriously hard for people to feel the hamstrings working. I used to have this problem myself for a LONG time so don't feel bad if it's happened to you.

The mental trick is to imagine pawing the ground with your feet as you start the lift. Think of a bull about to charge and it's pawing the ground....essentially, you're to activating the hamstrings at the hip by attempting to produce forward motion. Since you're planted on the ground, you're not going to be going forward but the mental intention to move forward will result in hamstring activation.

Give these mental tricks a try next time you train any of these exercises and you'll know what it means to LOOK like you're doing everything the same yet FEELING like you're doing a completely different exercise.

I can promise you'll feel your muscles working a way they've never worked before and you will BLAST past strength and muscle plateaus.