And, no it's not some weird new mental disease that men get...

And it's not an attention deficit issue like this, either... 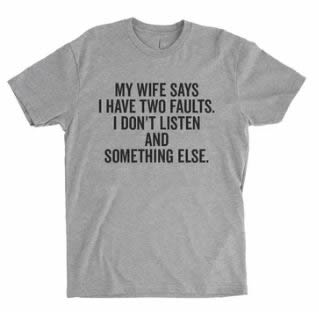 Now, you and I both know that your mind is the KEY to success in just about anything you do in life...whether it's getting a promotion at work, lifting more weight in the gym, or sticking to a diet to lose fat.

If your mind isn't operating at a high level of function, your results will never be as good as they could be.

You want to hear people say stuff about you like...

"I can't believe how good is memory is."

"Did you just wake up? It's four in the afternoon,"

"You seem like you're starting to miss things that you used to be on top of."

That's where Man Brain can help...

So what IS Man Brain?

Man Brain is a unique supplement created by the maker of the Man Greens supplement that I've talked about many times previously (and actually still take every day).

Here's what it looks like...I just finished testing a bottle of it to see how well it worked for me. 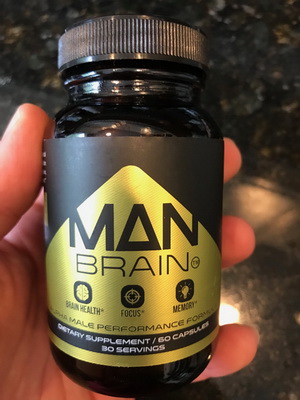 And I have to say, I definitely DID notice a difference.

I'm not a coffee drinker and I don't take anything to "wake up" in the morning, so I was starting with a blank slate, so to speak.

The main effects I noticed in myself is that taking it in the morning, I found I could concentrate better when I started into my workday.

I also had more "mental stamina," meaning I could focus for longer stretches of time before my concentration would fall off and I'd need to take a break.

It helped me be more productive and clear away the "fuzziness" after waking up. I'm not a morning person and it takes me a bit of time to get my brain in gear.

One thing that was very important to me was that the stuff wouldn't tweak my nervous system the way straight up caffeine does.

And while it DOES have some caffeine in it, it definitely didn't have the nervous system jangling effects of caffeine...basically it felt like I had more "brain energy."

If you're used to and feel like you need that zip from a shot of caffeine, this won't give you that, but it WILL help you focus better and be more alert.

How Does Man Brain Work?

The ingredients are well-researched and PROVEN to be effective at improving the four things I mentioned above.

Converts to acetylcholine, a brain neurotransmitter useful for memory formation in the hippocampus. CDP Choline also contains uridine, which is an important molecule for neuroprotection in the brain.

Another study found increased focus and attention in healthy subjects

Converts phosphorylcholine and choline into acetylcholine, having a similar effect as cdp-choline but through different methods.

One study found that Alpha-GPC fights Alzheimer’s and cognitive decline.

Bacopa Monnieri is a swamp plan that works as a moderator of brain chemicals that impact the pathways that influence memory and concentration – dopamine and acetylcholine. Its main mechanism is promoting neuron communication by increasing the rate at which the nervous system can communicate by increasing the growth of nerve endings (dendrites).

Theanine improves the positive effects of caffeine while mitigating the negative effects. Being that caffeine is one of the best natural stimulants there is, adding theanine to a single dose of caffeine will only enhance the nootropic effects of caffeine. As a non-essential amino acid, theanine’s main benefits are reducing mental fatigue, relaxing without sedating, and reducing stress. It’s a nootropic on its own, enhancing brain waves and allowing for a calm alertness, even promoting focus and regulating mood.

The anthocyanins in blueberries are likely why blueberries can increase the activity of neuronal growth factor (NGF). NGF is a neuropeptide that helps neurons grow, branch toward each other, and communicate better. 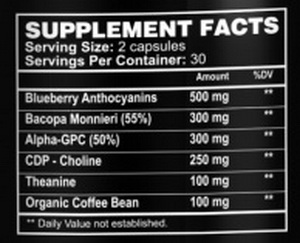 It's going to help your brain function at a higher level while also preventing cognitive decline so you STAY sharp.

Get your Man Brain here...