The supplement is beta alanine...

Protein was a pretty solid staple in my supplement regimen (still is)...then a few years into training I discovered creatine (I still use that as well).

Beta Alanine, however, is starting to grow on me...

I've taken it infrequently the past few years, when testing various products that include it as one of several or many ingredients.

I couldn't really tell if just THAT was doing the trick, or if it was the synergistic effect of the full formula.

So I decided to test it out on it's own, to see what sort of effect it would have on training performance.

The beta alanine product I tested is from BulkSupplements.com

There are two primary reasons I decided to use this brand for my test...

I've been using their products for years (their creatine and L-Citrulline specifically) and I know the quality is very high...no junk or fillers and well sourced.

As you can see in the picture above, there's literally nothing else in it...this makes it the perfect way to test a specific ingredient to see if it has any effect.

How does beta alanine work?

Beta-alanine is a non-essential amino acid...together with histidine, the body produces carnosine. Carnosine is then stored in your skeletal muscles.

Carnosine reduces lactate accumulation in your muscles during training, which leads to improved athletic performance by reducing fatigue.

How do you use beta alanine for improving performance and building muscle?

Like creatine, beta alanine is more of a "loading" type of supplement. You can take it pre-workout (I do as I feel like it does give me some acute benefits when it take it right before trianing), but you'll see best results by taking it daily for at least 2 weeks.

I've been taking a heaping teaspoon, which works out to out 8-10 grams of beta alanine...a bit higher than the effective does in the research, but I wanted to see what sort of effect a little higher dose would have since when I took it previously in other supplements, the dosage was about 2 grams at a time.

The only side effect I noticed was some tingling in my skin (paraesthesia), but that went away pretty quickly. The taste is pretty mild...not good, not bad...nothing that should put you off.

What I DID notice was a definite improvement in workout performance, even after just one pre-workout dose.

And while beta alaine doesn't directly build muscle itself, the better you perform in your training, the more muscle you're going to build.

What workout did I test it with?

This was an hour of squat-based murder... Up and Down The Rack Box Squats (using a bench because I don't have a box)....done non-stop (ish).

I don't have a video for this one but I do have a video of the workout method done using Anderson Squats (click here to see the YouTube video of it in action).

This workout pushes serious lactic acid through your muscles for long periods of time...if anything is going to be a good test of beta alanine's performance-improving potential, it's going to be this.

Basically, take a relatively light starting weight (I'm using 225 lbs, which is light for box squats like this) and do a LOT of reps with it. I think I got 40 or so on the first set. Don't go to failure on any of the sets during this workout. 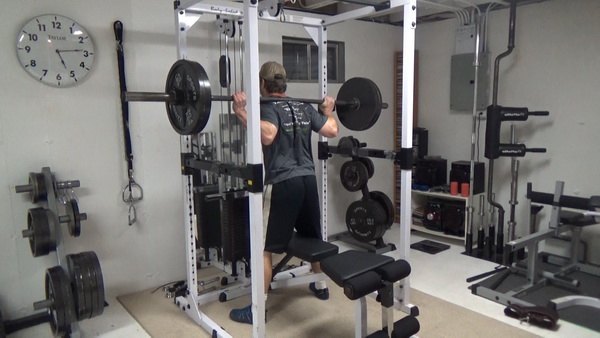 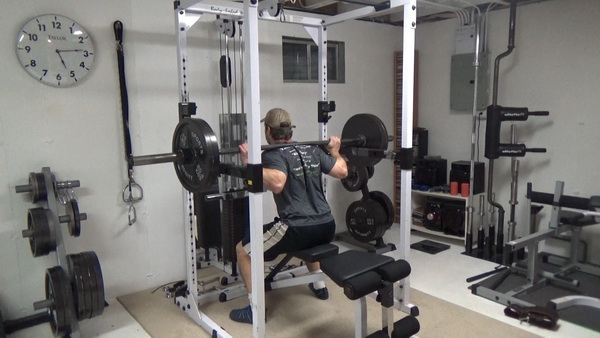 Key point...the ONLY rest you get is how long it takes you to change weight...and this is through the ENTIRE workout.

You're going to repeat this process of adding 10 lbs and doing a set, going all the way up until you hit singles...then finally until you hit a single where you're getting close to your load limit.

I hit this point at 475 lbs after about half an hour of going up like this.

Because I'm doing box squats, I was able to go much heavier than with regular squats or Anderson squats...and this is what added about half an hour to the total workout (more weight increments up and down). 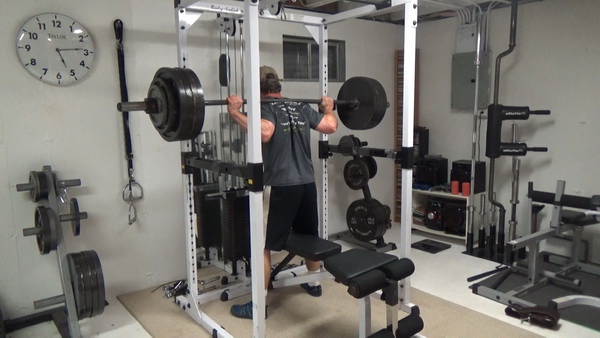 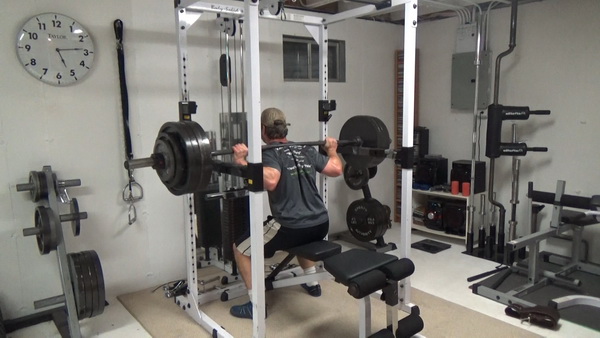 Now come back DOWN, doing sets and removing 10 lbs after each set.

Again, the only rest you get is the time it takes to change weight.

Come all the way back down to your original starting weight, decreasing weight and increasing reps as you do so.

This workout is a MONSTER...there was a lot of me cursing my bright ideas during this one...

And while this workout does tax the nervous system pretty heavily, it's not as bad as doing it with regular squats (which I've also done and which also sucked).

The entire up and down process took me just shy of an hour (58 minutes).

Having done this workout several times before, I can say it absolutely DID.

I felt like I had much great work capacity when doing the higher rep sets both on the way up and the way down.

I can't say that it helped my top-end weight, but that's not really what the stuff is supposed to really help with anyway, so I wasn't put off by that.

And this was after one dose...with continued use, I have no doubt I'll see even greater improvements in work capacity.

Not only does beta alanine have some really good research behind it, with my experience training with a good-sized dose, I would say it really worked well for me and I'll keep using it for sure.

I got a 1 kg bag of it from BulkSupplements.com, so it should last me a good bit of time.

Blast through ANY muscle-building plateau with the most powerful "shock" program in existence. Gain 7-10 lbs of lean mass in just 4 weeks.